77 years ago today bombs rained down on Coventry destroying lives, buildings and an irreplaceable piece of history. According employee Percy Cooper in the Lanchester Legacy Vol 2:

The historic Daimler and Lanchester cars had always been regarded as more or less irrelevant and had been crammed into the end of an old building at the Radford Works. It seemed only the apprentices appreciated their existence, as they sat in them every day as wonderful places to eat their lunch.

Plan of the Daimler and Lanchester Factory – Radford Works Coventry, showing the bombs that were dropped and fire damage (Reproduced from Lanchester Legacy Vol 2)

Many years later when he was in his 80s, George painstakingly created a model of the 1895 car that can be seen in the Lanchester Interactive Archive today. Some fantastic mapping detective work from Neal Gibson on Twitter, who has overlaid the locations of the bombs that were dropped on that fateful night onto a current Google Map.

Bit of time with googlemaps and the laptop and I’ve overlaid the bomb locations on to the current day #CoventryBlitz pic.twitter.com/0Oov54HUij 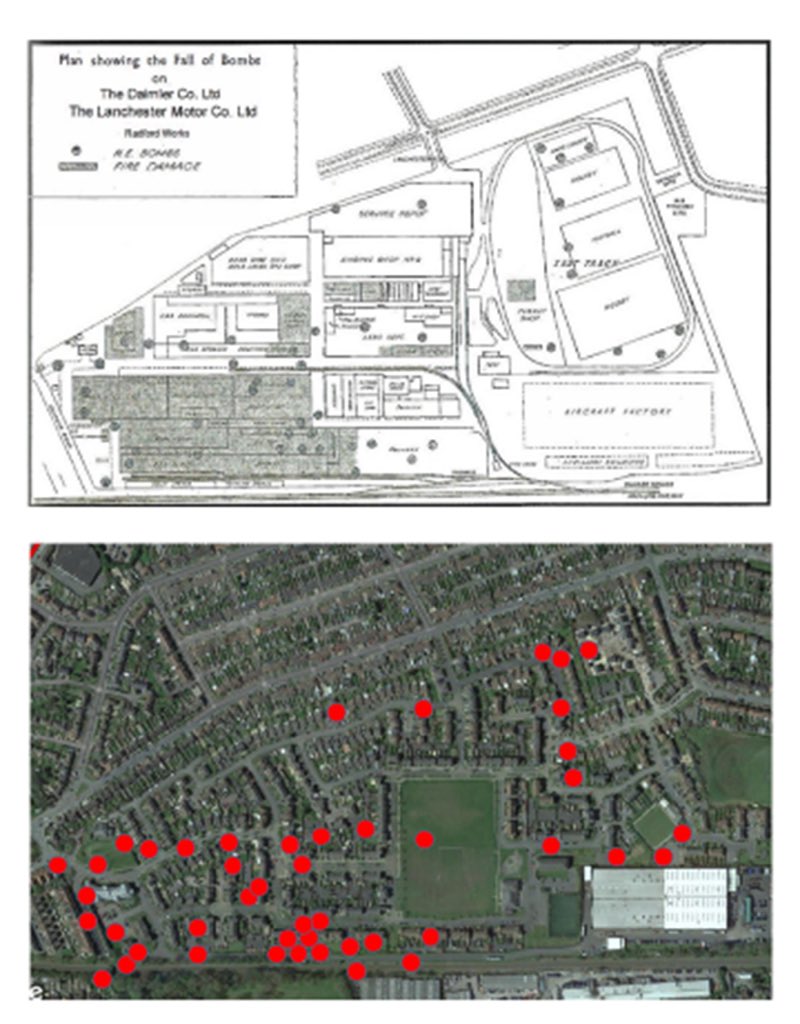