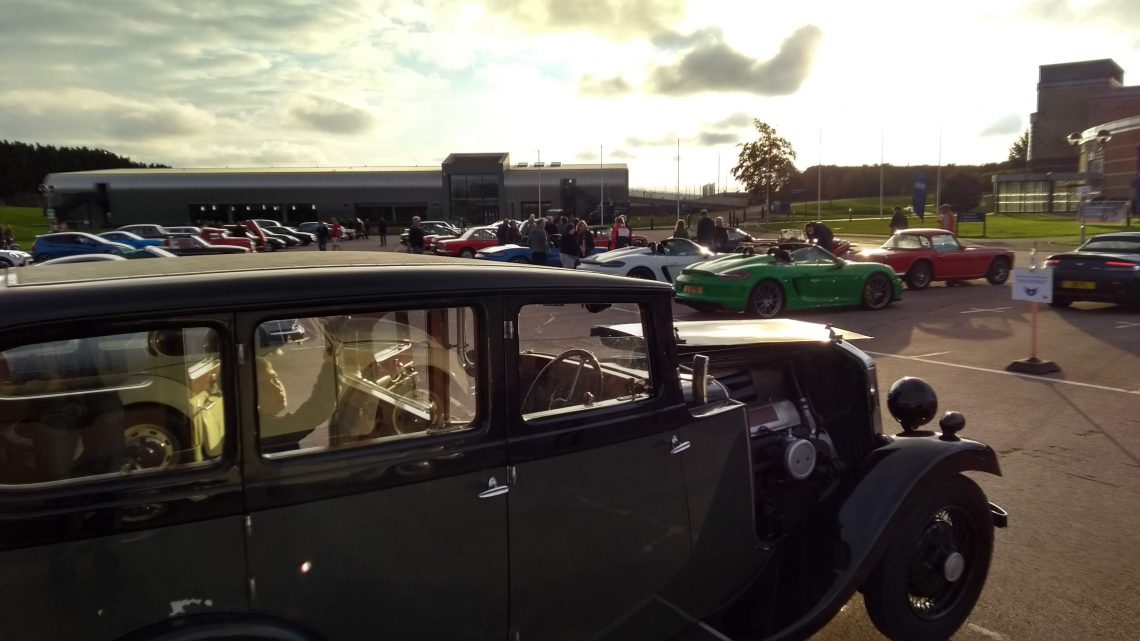 This month, after such a long period of lockdown, we began to work again on our amazing 1932 car that links the university, library and city with the name Lanchester. Over 70 hours of volunteer time (and many more years of experience) have gone into recommissioning the vehicle to be fit for the road once again.
One of the first cars to be designed and built after the company’s move to Coventry in 1931, this luxurious limousine has had only 2 previous owners including the wealthy heiress that originally chose the bespoke coachwork and interior.

With fan-belt fixed, brakes serviced and test-drives around the ringroad complete it was time to venture out to the British Motor Museum‘s first Gaydon Gathering where she took pride of place amongst a cornucopia of cars, old and new.

The car is being turned into a mobile museum equipped with projectors and objects from the archive to help take the story of Lanchester out and about when events like this return to normal. So look out for the ‘Green Machine’ and you might hear an almost 90 year old klaxon if you don’t move out of the way!

We will be posting more photos and videos telling the story of this amazing machine and its journey from design and build through its life and arrival back in Coventry in time for the 90th anniversary of Lanchester car production commencement in the city.