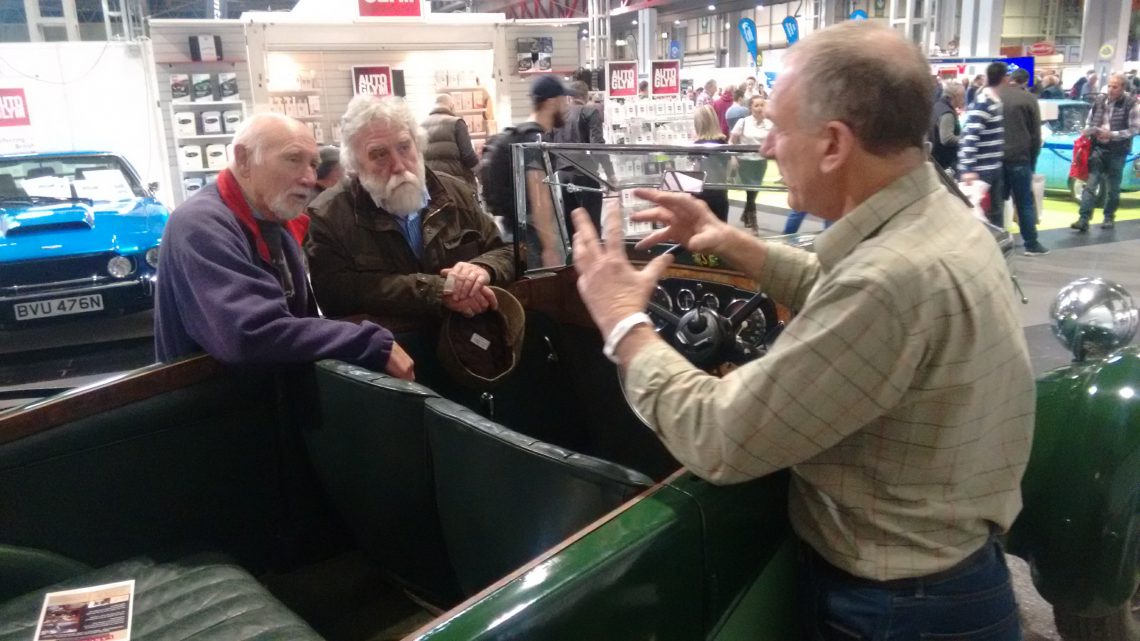 It was a busy few days at the NEC Classic Motor Show, and we met some fantastic people with some amazing connections to Fred Lanchester and the archive.

We arrived on Thursday to set up in style, with Chris Clark’s 1935 Lanchester Eighteen and its beautiful Corsica coachwork gleaming.  In fact it was the only Lanchester in the show and attracted many admiring glances and snappers wanting to capture the two-tone green paintwork.  Unlike some of the cars on show she was driven off her trailer (starting first time of course) and into the hall under her own power.

As well as the familiar tales of Lanchester ownership and memories, we are well on the way to tracking down some more Lanchesters, with sightings in Denmark, Sweden and even Bangkok!

One visitor to the stand revealed that he had almost bought Fred’s house in Moseley many years ago and by coincidence it is up for sale again! Thanks also to Keith’s detective work we’re also managed to confirm the site of Fred’s glider experiments in St Bernard’s Road, Solihull.

Here are some of the pictures from the weekend and we hope to see you next year for more Lanchester memories.