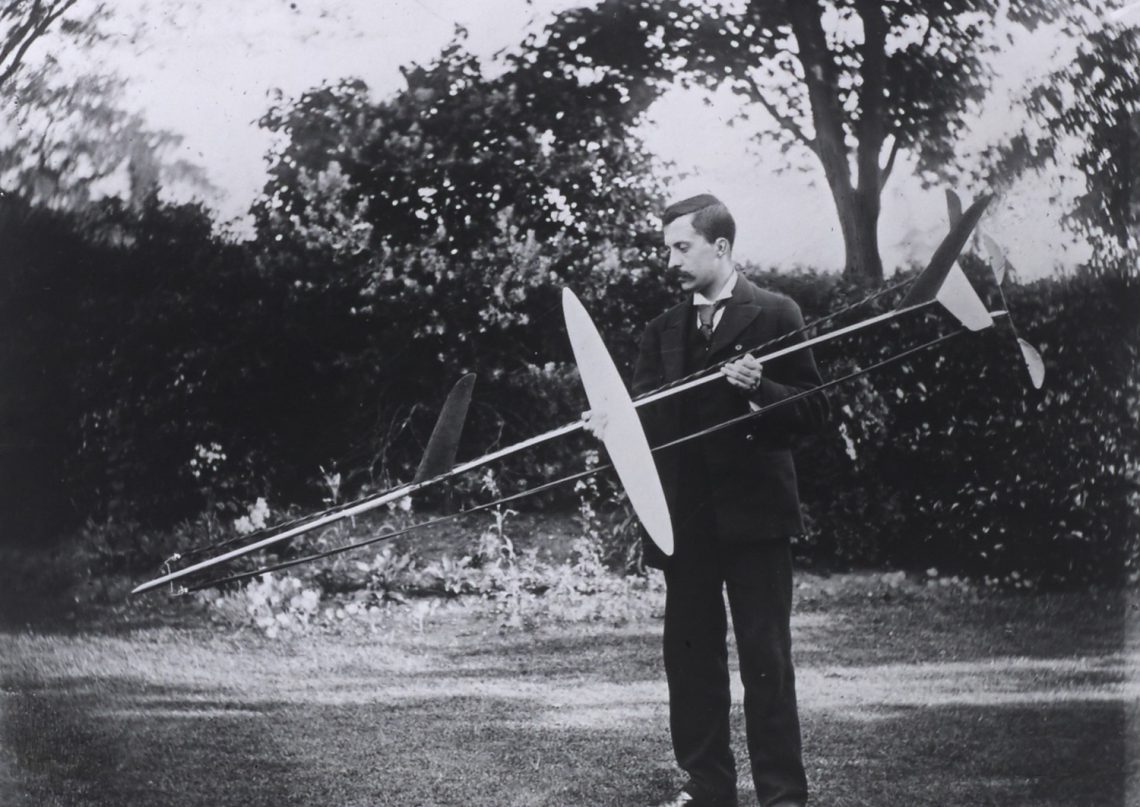 This weekend we’re turning the Lanchester Interactive Archive into a Fun Palace, with extra activies on Saturday and Sunday from 10:00am to 4:00pm.

As well as being able to explore the extraordinary legacy of inventor and engineer Frederick Lanchester through our games and augmented reality, we’re also going to be having a glider challenge! Fred and his glider design from 1894.

In 1894 – almost 10 years before the Wright Brothers flew their Flyer plane – just a couple of miles from where Birmingham airport is today, Fred and his brothers were experimenting with gliders (or aerodones as he called them).

He tried several different designs and wasn’t always successful, at least one of his attempts flew into a tree! But the test flights did give him crucial insights into the stability of his designs and he went on to patent even more creative and crazy designs for flying machines.

He later saw the Wright Brothers fly when they demonstrated their machine in France and was impressed at their skills.  However, when wrote to them with some of his ideas, Wilbur Wright’s reply he was less than complimentary… This did not stop Fred’s passion for Aeronautics and his two books Aerondynamics and Aerodonetics were ahead of their time when it came to understanding of the theory of flight.

The challenge this weekend will be to make the most creative glider and top our leaderboard for time and distance, or maybe just design flair! The flightpath of his most successful glider

Of course you can still jump in our Lanchester car and try the working lights, trafficators and horn, so come on down!