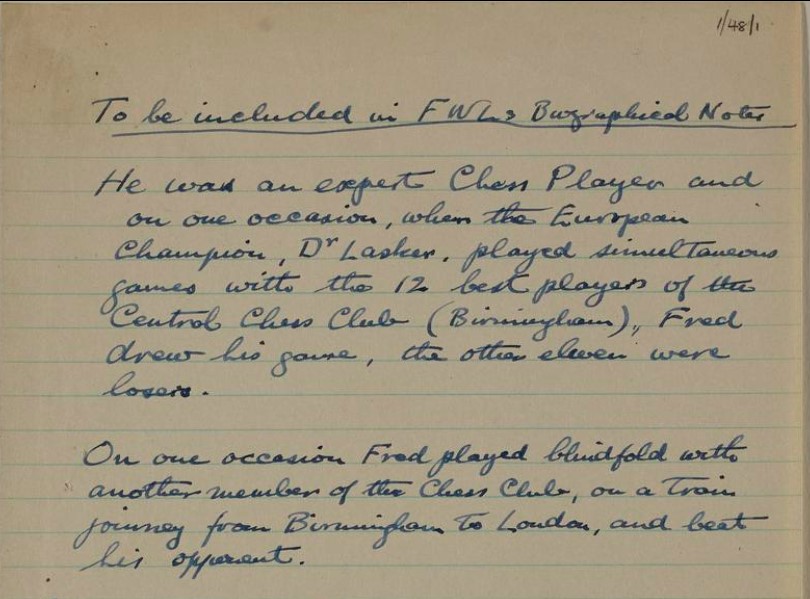 Did you know that Dr. Fred was a keen chess player? His younger brother George tells of the time when Fred played the world champion Emmanuel Lasker at the Central Chess Club in Birmingham. Dr Lasker played eleven other members of the club that all lost, but Fred held him to a draw.

Fred also played a member of the chess club blindfolded on a train journey from Birmingham to London and beat his opponent.