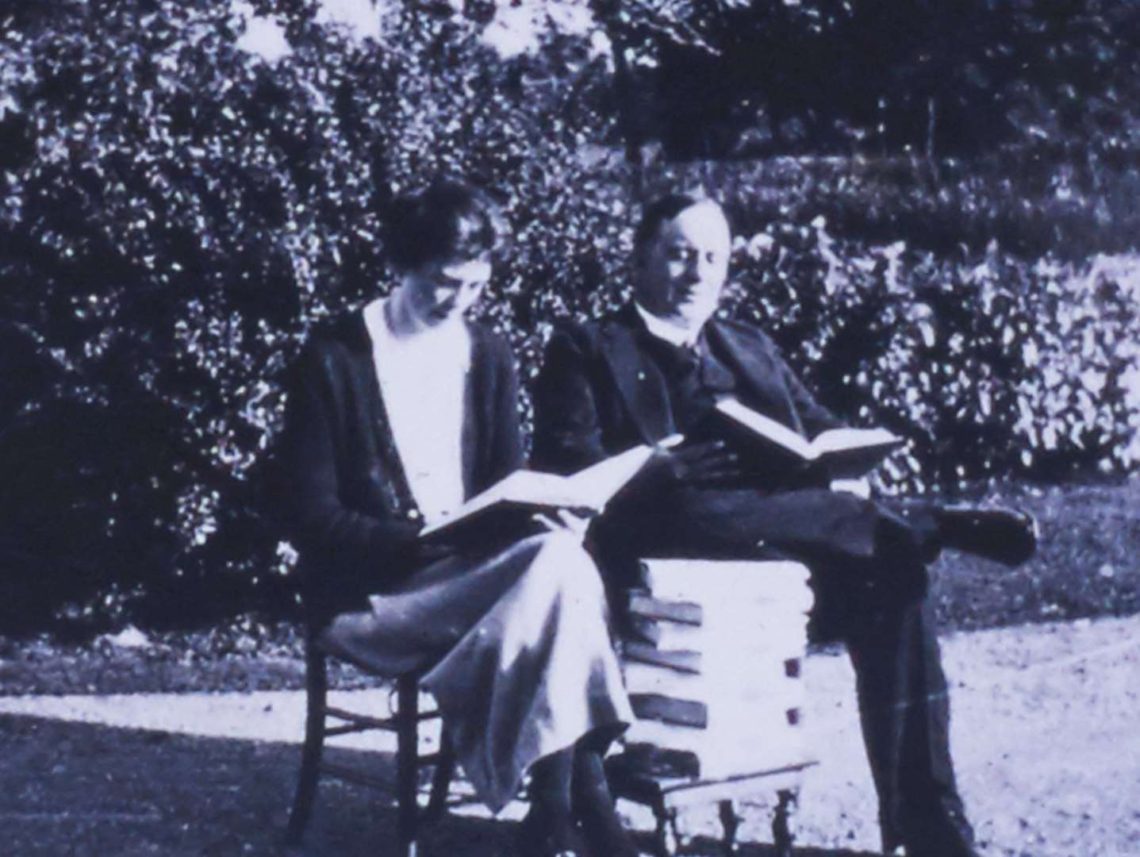 On the 3rd September 1919, Fred Lanchester married Dorothea Cooper, the niece of the Birmingham Cathedral organist who had given Fred lessons in singing and public speaking.

Dorothea’s uncle had also moved into a flat in Bedford Square where Fred lived and this gave more opportunities for the couple to get to know each other.

Dorothea was 30 years younger than Fred by the time they got married, but this was not unusual immediately after the Great War, given the enormous loss of life of young men that had such an impact on an entire generation.

They went on honeymoon to his brother Frank’s holiday home on the Isle of Wight, but this was interrupted on the 18th September when Fred was awarded an honorary degree of Doctor of Laws by Birmingham University.

This picture is of Fred and Dorothea reading volumes of Shakespeare in their garden.  Later in his life, as ill-health took its toll, Dorothea read Fred’s correspondence and typed letters for him. She remarked at this time:

Fred left all his possessions to Dorothea in his will but she had a huge sum to pay in death duties and was forced to sell Fred’s library and artifacts including a piano adapted with his own invention of an extra ‘loudness’ key.

So we raise a glass to to the devoted couple Fred and Dorothea as they would have done 100 years ago today!