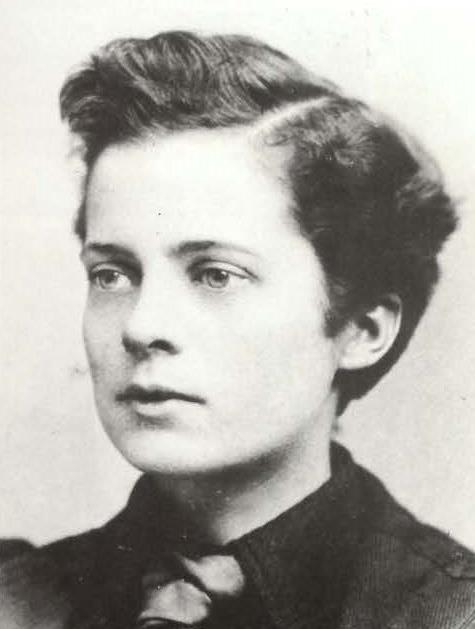 The Lanchester family was a truly extraordinary collection of individuals, talents and personalities quite apart from Fred and his two brothers Frank and George who formed the ‘Unholy Trinity’ that developed the first all-British four-wheeled petrol motor car.

None more so than Edith ‘Biddy’ Lanchester, a brilliant and principled suffragette, atheist, vegetarian and pacifist. She studied higher maths at London Polytechnic and after a year of teaching became secretary to Eleanor Marx, daughter of Karl Marx.  She was a member of the Social Democratic Federation (SDF) and was a good speaker at meetings and rallies. She fell in love with James ‘Shamus’ Sullivan, a factory worker and in 1895 when she was 24, they decided they would live together. However not believing in the marriage vows stating the woman should ‘honour and obey’ her husband they were not going to marry.

On the night before their union was due to begin, her father gathered with three of the Lanchester brothers (including Fred) and a mental health specialist Dr George Blandford to interrogate Edith on her intentions and views on marriage.

Edith was prounounced insane with a certificate and ‘Urgency Order’ already filled out by her father and the doctor giving the supposed cause of insanity as ‘over-education’. She was tied up by the men and dragged into a horse-drawn carriage which took her to what is now The Priory clinic, then an asylum for the insane.

The case was widely reported across the world, including in the New York Times and members of the SDF attempted to release her, singing The Red Flag outside Edith’s window. The Maquess of Queensbury wrote to The Standard offering £100 (around £12,000 today) as a wedding present if she would go through the wedding ceremony but she refused.

Edith would require another certificate to be detained for more than seven days, but after pressure from her landlady (herself a prominent member of the SDF) and MP she was released under Section 75 of the Lunacy Act having been found by the commisioners of lunacy to be sane, but foolish. She was released after four days and never saw her father alive again. Elsa Lanchester and Boris Karloff in the Bride of Frankenstein

Her son Waldo went on to become a puppeteer and her daughter Elsa Lanchester became a famous Hollywood actress, taking the leading role in The Bride of Frankenstein.

However even Elsa’s film roles would never quite have the drama of her mother’s few days that shocked the world in 1895.

More fascinating details of the story of Edith Lanchester are available in this Catford Central website post, including  one of the newspaper reports of the time.