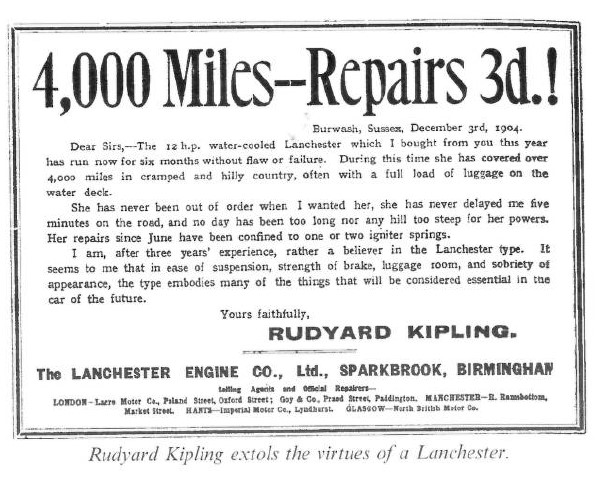 Jungle Book author Rudyard Kipling was introduced to Lanchester cars in the early 1900s when Works Manager Max Lawrence drove a demonstration 10h.p. car to his sisters who had recently founded Roedean School near Brighton.

Kipling was a close neighbour to the school and already a steam car owner.  He was impressed by the Lanchester and ordered a 10 h.p. which George Lanchester delivered personally to him in early 1902.  During the 200 mile trip George suffered more than twenty punctures as the tyre technology of the time was not fully developed!

As a knowledgeable driver and owner, Rudhard Kipling often received new models for testing as the Lanchester brothers valued his opinion as an informed layman.  He also happily lent his words to advertisements promoting Lanchester cars.