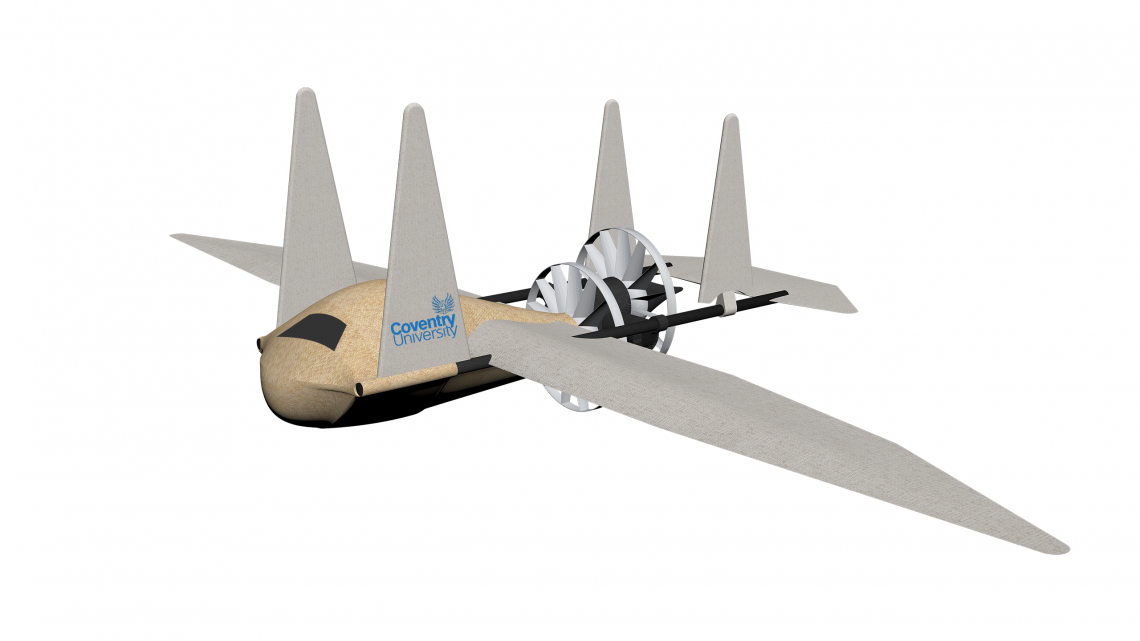 A simulation of Fred Lanchester’s 1897 flying machine was among several designs showcased by Coventry University students at this year’s Farnborough International Airshow.

As well as Fred’s design, a Red Bull air race winner and a flying car were demonstrated at the show. Schoolchildren and students also got a chance to fly the virtual vehicles on the university’s flight simulator.

As part of his MSc in aerospace engineering, student Osita Ugwueze created a flight simulation model of a manned flying machine that was patented by Coventry inventor Frederick Lanchester in 1897, but never built.

Osita used advanced computer software to prove that Lanchester’s machine would have flown. His work also suggested it would have been more aerodynamically stable than the Wright Brothers’ Flyer that became the world’s first plane to fly six years later in 1903.

It’s great to show the Lanchester simulation at Farnborough. It will help make people more aware of him. A lot of people associate him with the automotive industry, but not with aerospace.

I only had the information from Lanchester’s patent. I didn’t even have the dimensions for his design so I had to really get inside his head and understand him as a person to figure out how he would have built his plane.

You can find out more about the other students’ work here, and take a look at the original 1897 patent that Osita worked from in the archive here.