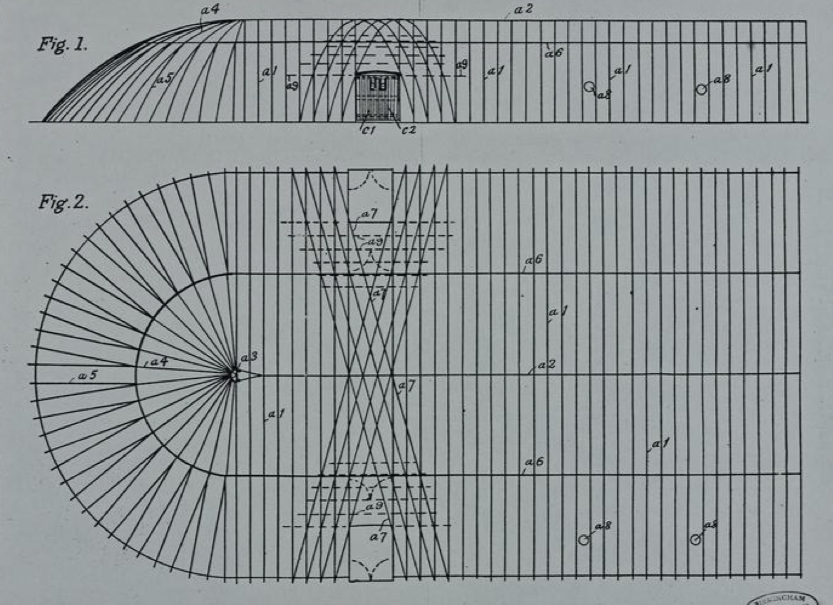 While remarkable efforts are being made to covert exhibition centres into vast temporary hospitals, and sporting venues in Wales are also been repurposed in the face of the current coronavirus pandemic, during the First World War, Fred Lanchester proposed an idea to help with another crisis. A fervent patriot, Fred turned his attentions to help solve some of the logistical problems of WW1 even if he couldn’t be not he front line. In 1917 he patented an idea for freestanding building with large internal span that could be held up using air pressure alone. His suggestion was that they could be used for the rapid deployment of field hospitals and depots, similar to some of the structures we are seeing today.

According to structural engineer Joe Hastings in Volume 3 of the Lanchester Legacy:

Lanchester’s amazing insight into all aspects of inflatable buildings was so far ahead of its time that it was hardly given credence by his contemporaries.  It is only in the last few decades that his pioneering work has been allowed to bear fruit, and the many inflatable buildings are testimony to his foresight.

Today, indoor sports facilities like tennis courts feature just this kind of structure, using modern materials that would never have been available in Lanchester’s day.

There are many interesting features of the proposal including: Many years later following the destruction by fire of the Crystal Palace, Fred wrote to the editor of “The Engineer” Dr Chalmers, suggesting that his idea for an inflatable building be considered as a possible replacement. (The steps of the Crystal Palace of course, the venue for a spectacular Lanchester ‘stunt’ where their chief test driver Archie Millership drove straight up without hesitation, to demonstrate the superior transmission and suspension of their car in 1903)

So as we recognise the incredible feats of today, it’s sobering to look back at the ideas that Fred was devising to help his country in its hour of need.