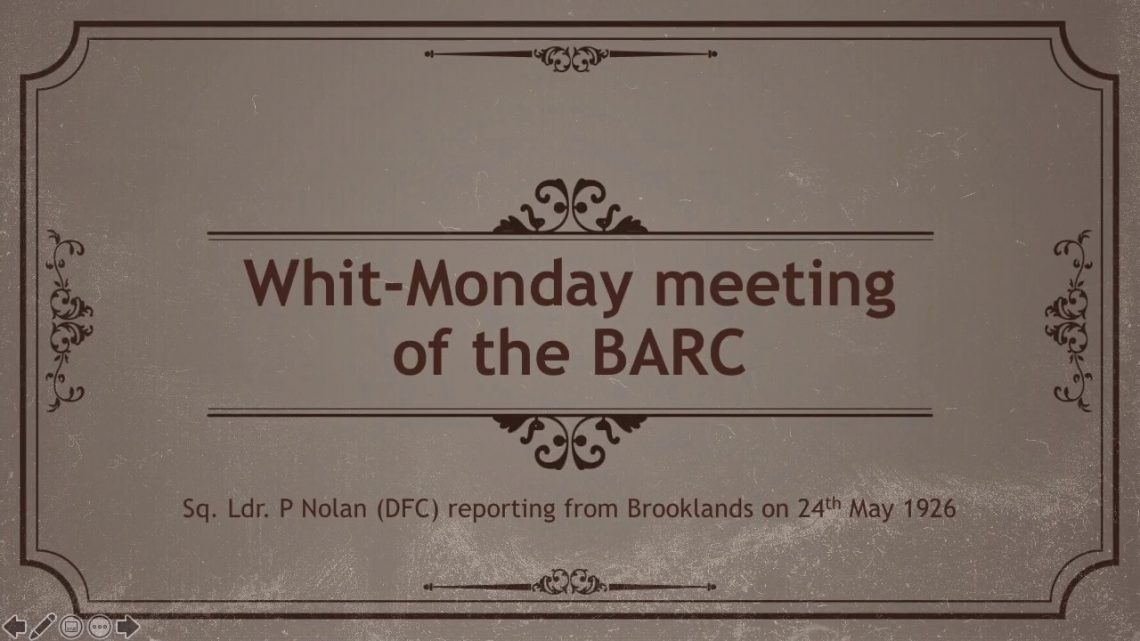 This is how we have imagined a report to come from race meeting that took place at the Whit-Monday British Automobile Racing Club  meeting at the Brooklands circuit on 24th May 1926.

Amongst other exciting races, the record-breaking Lanchester 40 hp appeared during the last summer of its racing life.

Although George Lanchester stated “racing was not the golden gate to fame”, the Lanchester 40 hp gained considerable success from 1921 when he took a standard road car from the production line and installed a streamlined test body on it. The car is seen here on the banked oval at Brooklands on another occasion.

Initially built to research wheel wobble and wheel bounce at high speed, the car was continuously developed and was known by the nickname “Winni Prap-praps” due to the sound of its exhaust.

In the race itself JGP Thomas battled against the land-speed pioneer and eventual winner Malcolm Campbell (who consulted Fred about suspension for his Bluebird racing car), with the Lanchester eventually coming third.

And the car can be seen on AR (and heard in VR) as part of the “Record breaking” AR target.