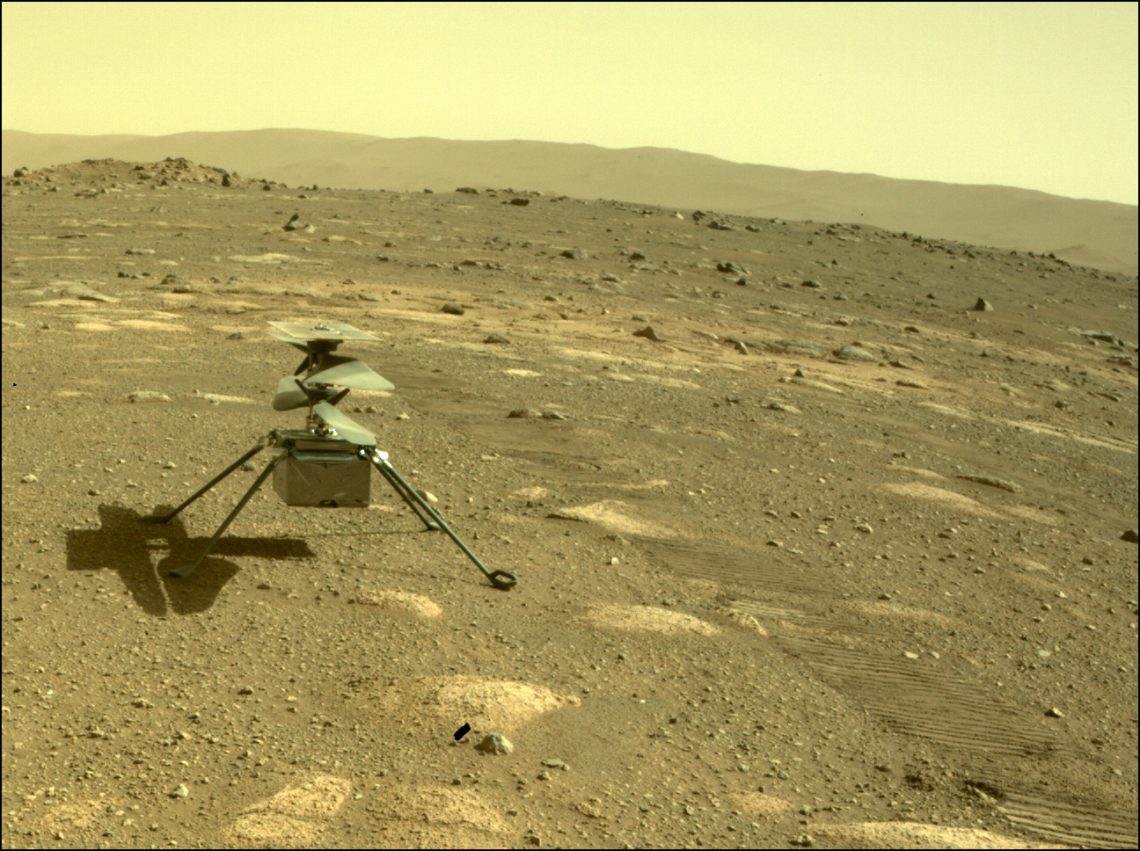 NASA’s Perseverance rover, having survived its own hair-raising landing on Mars, has released a unique machine that is set to become the first vehicle to undertake powered flight on another planet.

The Ingenuity helicopter didn’t have far to travel (about ten centimetres) as it dropped from the belly of the rover onto the surface of Mars. But its next trip is going to be far more exciting and with a nod to the past too. At just 1.8kg and with a propeller span of 1.2m, this completely autonomous craft is looking to take flight by spinning its contra-rotating propellers at 2,400 rpm – much faster than an earth-based helicopter – due to the thin Martian atmosphere. A month of test hops and flights will follow as the sensor-packed drone explores Mars.

Like Neil Armstrong on his moon-landing, it will be carrying a piece of the material that covered the Wright Brothers’ Flyer wing. The chosen design is fascinating as it echoes one that Fred Lanchester proposed and patented in 1907.  In the first of two patents he described an advanced flying machine that would be propelled by large contra-rotating propellers. In the second he goes on to describe further the details of the contra-rotating propellers. By spinning in opposite directions the design reduces vibration and balances turning forces (or torque) that can impact on the performance of the aircraft and maximises the efficiency of the engine. LAN/6/91 – Two propellers driven in opposite directions from concentric shafts on the same axis.

He also wrote about his ideas an article for Flight Magazine: ‘Contra-props: recollections of early considerations by Advisory Committee for Aeronautics; a pioneers 1907 patent; suggestions for further research‘, in 1941.

All of these features are going to be vital for a successful mission on Mars, so when the Ingenuity helicopter takes off for its history-making flights, there is a little bit of Lanchester ingenuity up there too, as well a scrap of the Wrights’ Flyer!

Tune in from 11th April.