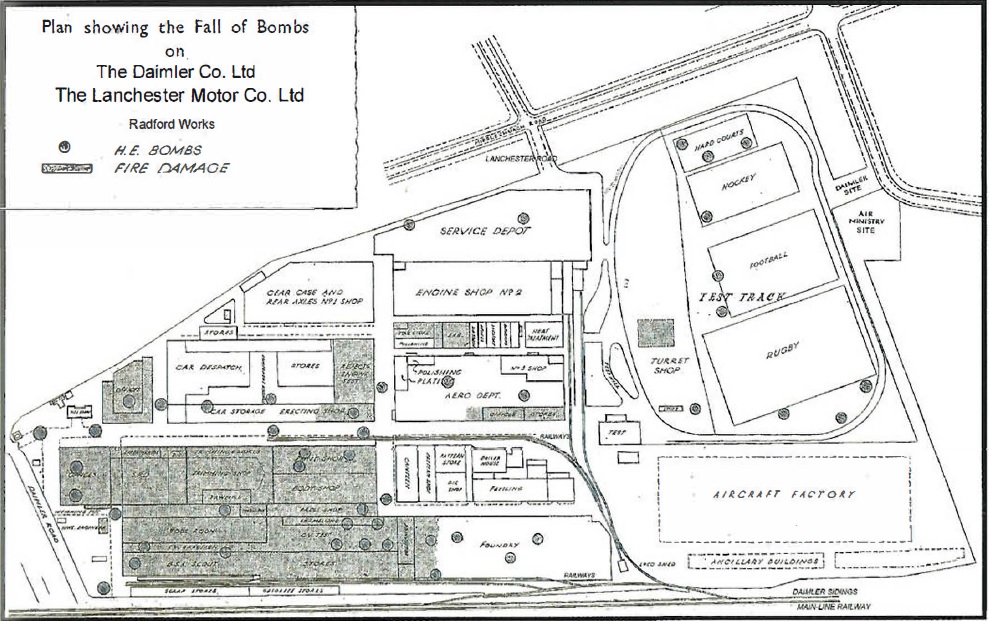 In the Blitz of 1940 that affected so much of Coventry, in one evening a factory was decimated and the first all-British, four-wheeled petrol motor car was destroyed.