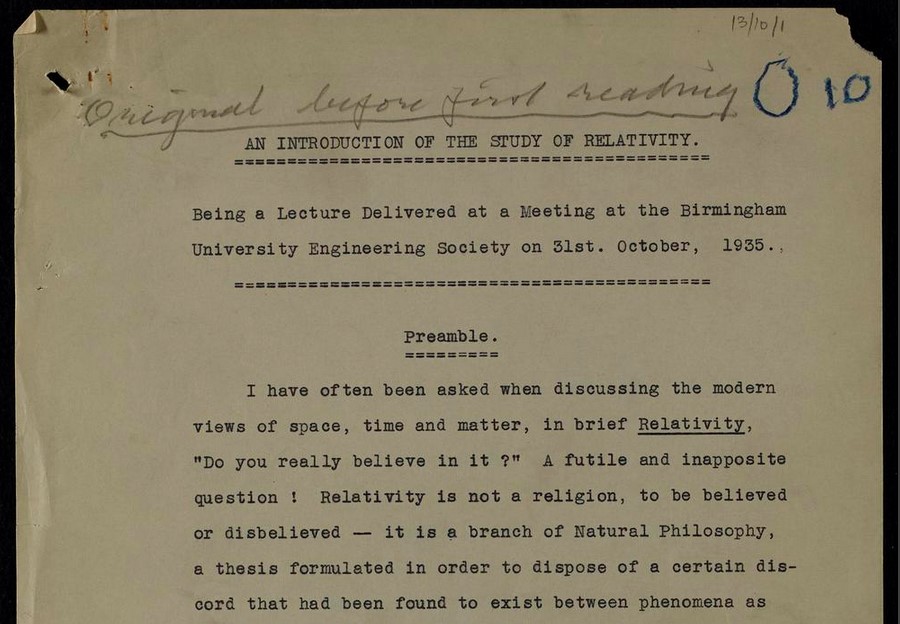 Fred’s interests went way beyond cars and aeroplanes into the fundamentals of astrophysics, space, time and gravity!

In 1921 he wrote his first paper on Relativity and followed up with his theory on ‘The Expansion of the Universe’ in 1934, and wrote a further 222 page book on Relativity in 1935. His understanding led him to criticise the likes of Einstein, but only in an attempt to clarify this complex subject.

He later wrote an appendix to this book on ‘Radio-activity’ concentrating on energy release from radium and other sources.  He also attempted to explain his ideas about ‘The Atomic Bomb’ from the perspective of an outsider who was not part of the secret war effort.