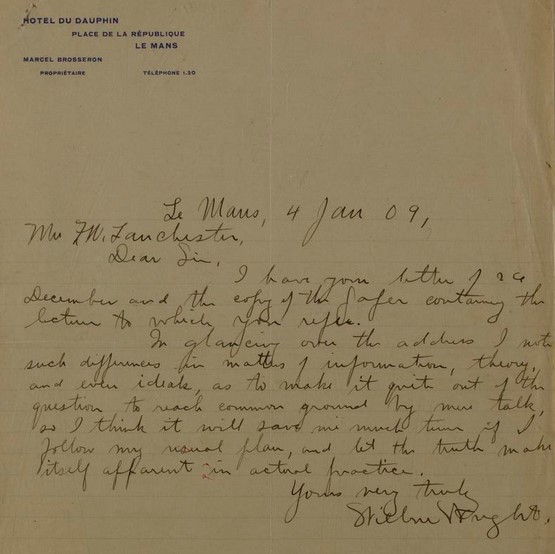 Fred’s interest in flight continued into the 20th century and he travelled to watch the Wright Brothers fly in France during their tour of Europe.

He wrote to them to share his ideas and Wilbur Wright replied on the 4th January 1909 treating Fred’s letter rather dismissively, preferring to ‘follow my usual plan, and let the truth make itself apparent in actual practice’.